Sugar packets for a cup of coffee. A nicotine patch. A plate of steaming mussels. They are all everyday and seemingly innocuous items. But in the hands of glamorous toxicologist Dr. Lily Robinson, they become instruments of homicide that won't leave a trace.

Lily is the heroine of the recently released medical/mystery fiction book the Queen of All Poisons by Dr. Barbarajean Magnani, PhD, a professor of anatomic and clinical pathology at Tufts University School of Medicine in Boston.

Lily is a 40-something prodigy in toxicology. Green-eyed, bosomy, and fond of wearing fur coats and designer high heels, she is as alluring as she is trusted for expert advice in her field.

Lily's day job involves making the right diagnosis and saving lives at a hospital in downtown Boston. But she moonlights as an assassin for the U.S. government, taking out terrorists and other bad actors using her special concoctions of poisons, some grown in a cottage by the sea in Massachusetts.

The novel is narrated partly by the protagonist, who tends to her poison garden "nurtured by the moist sea air" and ready to yield natural killers, Lily explains.

This is where I grow my prized flowers and plants that hide nature's poison within their green foliage, small fruits or in the fibrous structures buried beneath the ground. I have an appreciation and love for almost all flowers and plants, not just those that are poisons. Plants are immortal if they are cared for. Not true of human life.

Cyanide has a bitter almond scent, but whether you can smell it is determined genetically. Potassium cyanide crystals are indistinguishable from regular sugar crystals, so this is a favored weapon for the novel's heroine.

I always carry packets of sugar -- and even packets of artificial sweetener -- laced with enough cyanide to produce death within minutes. Once you ingest the poison, the acid in your stomach converts it to hydrogen cyanide and death will soon follow.

There have been many bodies over the years and Lily's conscience sometimes rankles, but her ears have turned deaf. Along with other trained specialists in a global force, she is part of the fight to protect the U.S. and other democracies.

We are a team, subtly shaping the politics of the world by wiping out the bad and the ugly. Protecting global freedom from the terror that swells beneath our feet. This is our mission and I'm all in.

A mystery terrorism plot in the book runs parallel with an account of everyday pathology practice. In one scene, Lily tends to a man who has sores all over his legs. He swears he hasn't been using heroin -- just cocaine. Lily quickly deduces that the cocaine was cut with another drug called levamisole and requests a test to confirm levamisole-induced vasculitis.

How pathology and writing mix

In real life, Magnani provides toxicology consultations with physicians who want to make sure that their patients are compliant with medications. Often, patients are on a long list of medications, she explained during a lecture at the College of American Pathologists (CAP) annual meeting in September.

Sometimes primary care doctors see urine testing results that don't make sense; for example, an opiate shows up, but an opiate hadn't been prescribed. Magnani also helps figure out what lab tests need to be ordered. Patients buy drugs on the street and wind up comatose in the hospital, surprised to find out they didn't get the substance they asked for.

"It's not like getting a drug at CVS," Magnani said at the CAP meeting. "You don't know what you're getting."

Pathology is a full-time job for Magnani, and she explained in an interview that "writing takes up all the other time she has available."

She takes her inspiration from Michael Crichton, the author of the novel Jurassic Park and the creator of the television series "ER," as he was a physician who educated readers but also had an incredible imagination.

"He's a real role model for me," Magnani said.

Magnani said that she enjoyed writing from an early age. She studied creative writing in high school but also had a strong interest in science. In her college years, she initially majored in English and took science for nonscience majors. But the pull toward science was strong, and she wound up switching to biology as her major.

She went on to perform graduate work in marine science, which involved studying environmental systems. Rachel Carson's popular environmental science book Silent Spring, published in 1962, had raised awareness of the damage caused by dichlorodiphenyltrichloroethane (DDT); this had a big effect on Magnani, leading her to study toxins, including the effects of neurotoxins on nerve cells. Magnani obtained a medical degree at Boston University and completed a residency in pathology at Tufts.

The birth of Dr. Lily Robinson

Dr. Lily Robinson was a character Magnani created in the early 2000s when the editors at Clinical Chemistry, a journal of the American Association for Clinical Chemistry (AACC), asked her to write an educational series about poisons. Symptoms would be presented, and the journal's readers needed to figure out what the poison was. Those who guessed correctly received a gift certificate.

"It was a fun way to get people involved in learning about toxins," Magnani explained.

Initially, Magnani's identity as the author was a secret. But Lily's fondness for designer stilettos was a clue -- part of the fun of the original series was that the character was a bit of a fashionista. Magnani herself has a pair of beautiful snakeskin Jimmy Choo shoes. Do pathologists actually wear heels at work?

"Yes, but you certainly would not wear them in the autopsy room or cutting room or laboratory -- not open-toed anyway," she said.

Magnani wound up assembling the tales of Dr. Lily Robinson in a book titled Lily Robinson and the Art of Secret Poisoning, which was published by the AACC Press in 2011. That book was quite technical, though, and Magnani felt there was room for a version that would be accessible for lay people.

There is still quite a bit of medical detail in the Queen of All Poisons, her latest book, but it's explained for a general audience. The end of the novel even features an appendix listing all of "Lily's toxins," with a description, patient symptoms, and mechanism of action. At the top of the list is aconite, also known as monkshood and the "queen of poisons." This is one of the most powerful plant-derived toxins; a very small amount can cause severe poisoning, the book notes.

Sequel on the way

Magnani's latest Dr. Lily Robinson book was picked up by Encircle Publications, a small company in New England that publishes mystery writers, and it is available for purchase on Amazon.com. Magnani has been promoting the novel through book tours in New England, including events focused on mystery writing. A portion of the proceeds from book sales go toward supporting a free breast and cervical cancer educational and screening program sponsored by the CAP Foundation called See, Test & Treat. There are many barriers for women in getting medical care, she explained.

"Part of what the CAP Foundation does is take those barriers down, and I want to be a part of that," she said.

Meanwhile, there is still more to be said about Lily. Underneath the brains, flashy clothes, and sex appeal is a vulnerable quality and a tragic past.

I'm afraid to close my eyes. I'm afraid to dream. I can never get through my dreams without waking up in a panic.

Magnani said she is now writing a sequel to tie up the loose ends.

"I have to -- because I have people emailing me saying, 'What happens next? " Magnani said. 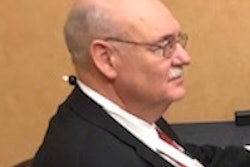 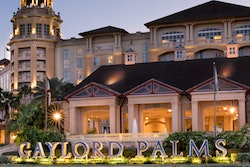 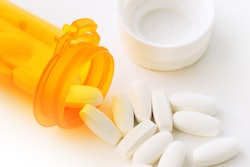