If more women were screened for cervical cancer, it's possible that the incidence of the disease could be eliminated in the U.S. within the next two decades, according to a study published online February 10 in Lancet Public Health.

The findings suggest a way for the U.S. clinical community to actively respond to the World Health Organization's (WHO) 2018 charge to eliminate cervical cancer as a public health problem, wrote a team led by Emily Burger, PhD, of the Harvard T.H. Chan School of Public Health in Boston. The WHO's cervical cancer incidence target is four or fewer cases per 100,000 women-years.

"The [U.S.] is on track to eliminate cervical cancer as a public health problem in the next two to three decades," the group wrote. "Time to elimination could be expedited by 10-13 years by achieving higher screening coverage."

The U.S. is one of the first countries to have established prophylactic HPV vaccination protocols, but even so, screening practice remains subpar, with many women being underscreened and 14% never being screened at all, Burger and colleagues noted. The U.S. Preventive Services Task Force's (USPSTF) current screening guideline is a Pap smear every three years for women ages 21 to 65 years, or a combination of a Pap smear and HPV testing every five years for women ages 30 to 65 years who want to lengthen the screening interval.

"The effectiveness of screening is dependent on high, routine coverage and compliance to follow-up and treatment recommendations," the group wrote.

Because the gap between contracting HPV and developing cervical cancer can be decades, "understanding the cervical cancer burden in the [U.S.] in the future ... requires the use of mathematical simulation models," according to the researchers. Therefore, they used two cervical models that are part of the Cancer Intervention and Surveillance Modeling Network (CISNET) to estimate the incidence of the disease per 100,000 women-years and the number of cases averted between 2019 and 2100 if an aggressive screening and vaccination protocol were adopted.

The investigators found that increasing screening for the disease to 90% in 2020 could speed its elimination and avoid a mean of 1,400 to 2,088 additional cases between 2019 and 2100. This strategy would be more effective than increasing HPV vaccination coverage to 90% or vaccinating adults between the ages of 26 and 45 against HPV.

The study did have some limitations, including a lack of strategies for increasing screening and the fact that it did not take cost-effectiveness or health benefits beyond cervical cancer into account in its increased screening model.

"We assumed immediate changes to cervical cancer screening and vaccination beginning in the year 2020," the researchers wrote. "Any delay in achieving the coverage targets would delay the timing of elimination. Therefore, our projections can be considered to represent the earliest estimates of when the interventions could enable cervical cancer incidence rates in the [U.S.] to decrease below the WHO threshold of elimination." 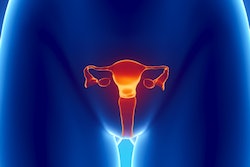 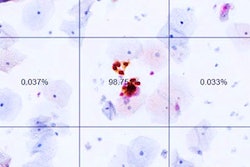 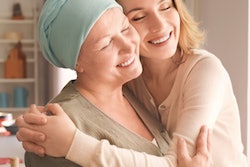 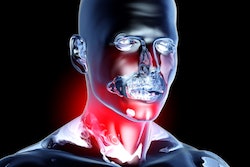 But white women have seen a greater annual increase in cervical cancer rates, particularly in adenocarcinomas, noted a team led by Dr. Alex Francoeur from the University of California, Los Angeles. The researchers found that white women have lower rates of guideline screening and vaccination compared with Black women.
August 18, 2022

PD-L1 is an antibody expressed by cervical cancer tumors and is a key biomarker for predicting response to anti-PD-L1 therapies like Keytruda, according to Agilent. The company's PD-L1 IHC 22C3 pharmDx companion diagnostic identifies cervical cancer patients with a PD-L1 combined positive score of one or more, which indicates that they could benefit from treatment with Keytruda, the company said.
May 10, 2022
Most Popular

Norwegian researchers tested the kit's performance in a group of 500 women at detecting rates of genital HPV infection compared to clinician-collected samples. The study found "fair agreement" of HPV positivity rates between the two methods, according to the authors. The study was published in BMC Infectious Diseases.
August 4, 2021
Page 1 of 2
Next Page