The role of imaging has been increasing in cervical cancer for pretherapy planning and response assessment, but there's room for improvement, according to a review article published on Tuesday in the Journal of Computer Assisted Tomography (JCAT).

The authors -- researchers at the University of California San Diego (UCSD) and Johns Hopkins University -- noted that liquid biopsy has emerged as a promising tool that may be able to overcome some of imaging's drawbacks.

"Future work should prioritize how to best synergize imaging and liquid biopsy as an integrated approach for optimal cervical cancer management," the authors wrote.

"Magnetic resonance imaging is advantageous over CT for evaluation of the primary cervical cancer size and extent, because of superior contrast resolution," the authors wrote. "Furthermore, quantitative methods, including diffusion-weighted and dynamic contrast-enhanced MRI, show promise in improving treatment response and prognosis evaluation."

Nonetheless, imaging has its challenges; they include the "limited ability to detect microscopic metastases or to distinguish between post chemoradiotherapy changes and residual tumor," the authors wrote, adding that preliminary evidence suggests that liquid biopsy may be able to identify cervical cancer treatment response and resistance earlier than traditional methods. 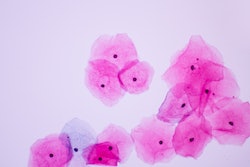 BC Cancer study to use Personalis liquid biopsy test 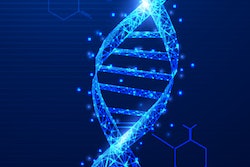 But white women have seen a greater annual increase in cervical cancer rates, particularly in adenocarcinomas, noted a team led by Dr. Alex Francoeur from the University of California, Los Angeles. The researchers found that white women have lower rates of guideline screening and vaccination compared with Black women.
August 18, 2022

PD-L1 is an antibody expressed by cervical cancer tumors and is a key biomarker for predicting response to anti-PD-L1 therapies like Keytruda, according to Agilent. The company's PD-L1 IHC 22C3 pharmDx companion diagnostic identifies cervical cancer patients with a PD-L1 combined positive score of one or more, which indicates that they could benefit from treatment with Keytruda, the company said.
May 10, 2022

Norwegian researchers tested the kit's performance in a group of 500 women at detecting rates of genital HPV infection compared to clinician-collected samples. The study found "fair agreement" of HPV positivity rates between the two methods, according to the authors. The study was published in BMC Infectious Diseases.
August 4, 2021

CytoSiA consists of the company's digital pathology scanner, storage, and artificial intelligence (AI) algorithms for screening and detection of cervical cancer, precancerous lesions, and atypical cells. It can scan 15 x 15-mm cytology slides at 40x magnification in less than 60 sec, according to the firm.
May 24, 2021
Page 1 of 2
Next Page