At the 15th Clinical Trials on Alzheimer’s Disease (CTAD) in San Francisco on Tuesday, C2N Diagnostics announced plans to launch a next-generation test to aid in the diagnosis of Alzheimer’s disease.

With an anticipated launch in the first quarter of 2023, the PrecivityAD2 blood test would facilitate earlier diagnosis of Alzheimer's disease pathology than is possible with current tests, the firm said.

The next-generation test uses mass spectrometry measurements of two plasma proteins implicated in the Alzheimer's disease process -- tau and amyloid beta (Aβ). The tau protein measurement is expressed as a concentration ratio between two peptides that contain tau amino acid 217; one peptide is phosphorylated at tau217 and the second is not, the developer said.

PrecivityAD2 also uses a statistical algorithm to integrate a patient’s Aβ42/40 Ratio and p-Tau217 Ratio and calculate the Amyloid Probability Score 2 (APS2). The score determines whether a patient is positive or negative for brain amyloid plaques based on a binary cutoff value, C2N said.

By comparison, the PrecivityAD2 blood test is "a natural extension of our prior two years of clinical experience with the PrecivityAD test," he said.

Stay in the Know
Delivered right to your inbox, LabPulse’s newsletters keep you informed on the latest clinical lab updates. Subscribe to get exclusive access!
Sign Up
Latest in Product Launch

Minnesota residents to get Cue Health COVID-19 testing, treatment at no cost 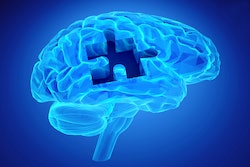 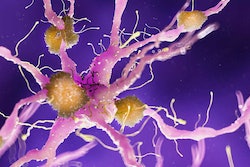 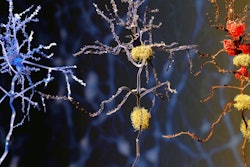 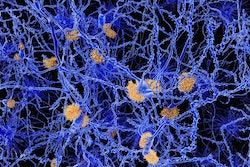 Minnesota residents to get Cue Health COVID-19 testing, treatment at no cost

Minnesotans who test positive on any COVID-19 self test can consult virtually and on-demand with a healthcare professional to obtain a prescription when deemed necessary for COVID-19 treatment at no cost.
December 23, 2022

At the Association for Molecular Pathology 2022 annual meeting and exposition recently, Immunexpress showcased a rapid molecular diagnostic test that could enable ruling in or ruling out sepsis in one hour.
November 15, 2022
Most Popular

Volition announced that it has partnered with Heska to launch an enzyme-linked immunoassay-based blood screening test for cancer detection in older or “at risk” dogs.
November 3, 2022