ACLA said it is launching a series of digital advertisements as part of its Stop Lab Cuts campaign to urge Congress to pass the Saving Access to Laboratory Services Act.

As part of this effort, digital advertisements will appear on news sites across the Beltway, an interstate highway near Washington, D.C., and online via publications in targeted states reaching policymakers, stakeholders, and America's seniors and patients, ACLA said.

Tests that guide the diagnosis, treatment, and prevention of diabetes, opioid addiction, many cancers, and numerous other conditions have received three years of 10% cuts in reimbursement "due to incomplete and unrepresentative payer rate data collected by the Centers for Medicare and Medicaid Services," ACLA said in a statement.

SALSA seeks to address the consequences of incomplete and unrepresentative payment data collected under the 2014 Protecting Access to Medicare Act ​​​​​​​(PAMA), which has led to significant cuts to payments for routine laboratory tests that guide clinical decision-making, ACLA said.

"If Congress fails to act, the next round of Medicare cuts would cut reimbursement for more than 800 commonly ordered tests, resulting in up to a 38% cumulative cut to tests that are widely used to screen and manage many serious and chronic diseases," ACLA said.

In their letter to Congress, the organizations noted that SALSA "is a permanent solution that would set Medicare reimbursement for lab services on a sustainable path forward."

Enactment of SALSA would give CMS authority "to collect private market data through statistically valid sampling from all laboratory segments for the widely available test services where previous data collection was inadequate," the letter said, adding, "The bill ensures true private market rates are included, provides a much-needed reduction in reporting burden, and protects labs and Medicare from dramatic rate increases or decreases with a gradual phase-in approach going forward." 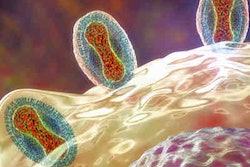 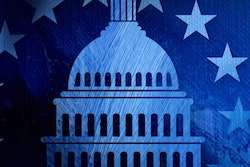 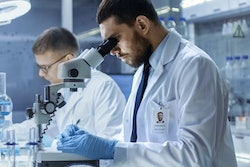 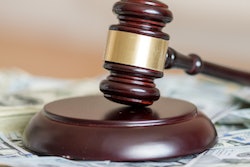 The Verifying Accurate Leading-edge IVCT Development (VALID) Act would limit the availability of laboratory-developed tests, decreasing patient access to these diagnostic tools, the AACC said. Often created when there is no FDA-approved commercial test available, these tests are frequently used to diagnose rare conditions -- such as genetic abnormalities in children -- or to respond to emerging health threats such as COVID-19, according to the association.
May 24, 2022
Most Popular

The Centers for Medicare & Medicaid Services finalized a national reimbursement rate of $2,919.60 for the proprietary laboratory analyses code (0250U) that PGDx obtained for the test, the company reported in a release.
January 27, 2022

Report: LDT market to exceed $17B

The findings come from LabPulse.com sister company and IVD research firm Kalorama Information in a new report, "The Market for Clinical LDT Services and LDT Supplies." Kalorama noted that the LDT market is driven by relaxed regulatory activity and the need for improved cancer tests.
October 19, 2020

Furthermore, adding regulation by the U.S. Food and Drug Administration (FDA) would be duplicative, burdensome, and could stymie the ability of labs to respond quickly to new diseases like COVID-19.
October 15, 2020
Page 1 of 4
Next Page