University of Illinois scientists have developed a tiny mechanical probe that can measure the inherent stiffness of cells and tissues, as well as the internal forces that cells generate and exert upon one another. It is the first probe able to quantify both properties, according to its developers.

The research, published on Wednesday in Science Robotics, indicates this new magnetic microrobot may advance understanding of the cellular processes associated with development and disease.

While living cells continually generate forces through protein interactions, measuring these forces is challenging. To measure cell stiffness, researchers need a relatively rigid probe that can compress, stretch, or twist the tissues and quantify how robustly they resist. But to measure the cells' internally generated contractions and expansions, a probe must be relatively supple.

Previous probes were able to either measure the forces actively generated by tissues and cells -- a trait called "traction" -- or measure cellular stiffness, but not both qualities. Researchers believed a more universal probe that could obtain both measurements at once would provide a better understanding of how cellular traction and stiffness influence embryo development and diseases like arteriosclerosis or cancer.

Seeking ways to alter the probe's mechanical characteristics after injecting it into a tissue of interest, the researchers settled on hydrogels made of polyethylene glycol, a material approved for human use. Having previously developed a method to degrade and soften hydrogel using ultraviolet light, they now developed a precise method for embedding a magnetic "microcross" into a rigid polyethylene glycol hydrogel.

The researchers then injected their probes into 3D lab-grown tumor masses and into zebrafish embryos. By subjecting those tissues to an electromagnetic field, they activated the probes to exert various stresses on the tissues and measured the tissue stiffness. Exposing the tumor mass or the embryos to UV light then softened the probes' polyethylene glycol matrix, which allowed the probes to measure the forces generated by the cells within the tissues.

The probes gave precise information about both tissue stiffness and traction, revealing for the first time that while malignant tumors may become stiffer in response to surrounding tissues, the cancer cells do not alter their tractions, regardless of their proximity to soft or stiff materials.

This challenged a common misperception that the physical characteristics of the underlying tissue drove changes in the cancer cells' internal forces that allowed them to metastasize. The findings instead indicate that tissue stiffness is not the driving force for an adjacent cancer's progression.

Collaborators in China found these probes also captured the push and pull of cells during embryonic zebrafish development, which could offer insights into how such oscillations correspond to the patterning of organs, tissues, and limbs as animals develop from single cells into complex organisms.

"We believe the large-force oscillations detected in the embryos are very important in driving the early stages of development," Ning Wang, a professor and the study's co-author, said in a statement.

Stay in the Know
Delivered right to your inbox, LabPulse’s newsletters keep you informed on the latest clinical lab updates. Subscribe to get exclusive access!
Sign Up
Latest in Biosensors 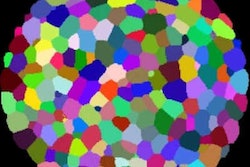 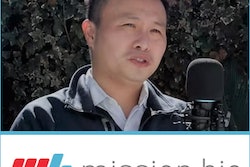 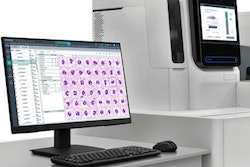 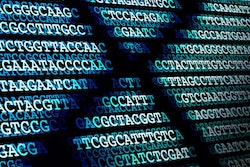 IdentifySensors Biologics is developing saliva-based digital graphene nanosensor technology that it believes can be more sensitive than PCR in detecting COVID-19.
December 12, 2022

University of Cambridge researchers used a deep neural network to process and extract information from raw sensor data and to predict VO2max, an indicator of fitness and marker of heart disease and mortality risk.
December 1, 2022

In combination, the Glympse assay and a blood biomarker test demonstrated an area under the curve (AUC) of 0.90 in differentiating HCC and cirrhosis patients.
October 25, 2022

Wearable solutions developer Epicore Biosystems on Thursday announced a partnership with 3M’s Health Care Business and Innovize to scale the development of its sweat-sensing wearable technology.
September 29, 2022
Most Popular

Under the terms of the agreement, shareholders of Cincinnati, OH-based Meridian Bioscience will receive $34 per share in cash, which represents a premium of 16% compared to the firm's one-month average price per share starting Thursday.
July 6, 2022
Page 1 of 2
Next Page