In the field of infectious disease testing, there is a dangerous gap when it comes to the diagnosis of spotted fever infections. These illnesses are often picked up too late, and lack of treatment can result in fatality rates ranging from 20% to 60%, according to the U.S. Centers for Disease Control and Prevention.

Indeed, in a recent report in the American Journal of Pathology, researchers at the University of Texas and University of Washington declared that the epidemiology of infections in the spotted fever group is "muddled by misdiagnosis, underdiagnosis, and underreporting." The team shared promising results with blood testing of a new biomarker -- RC0497 -- to identify the tick-borne Mediterranean spotted fever and believe it could also be relevant for other related types of infection.

Meanwhile, research is advancing for other infectious diseases that pose public health threats. In a U.K. study funded by the Wellcome Trust and National Institute for Health Research, researchers reviewed and tested a total of 17 gene expression signatures that have been proposed for use in predicting the onset of tuberculosis (TB) and administering preventative treatments. They identified the signatures that were most useful, while also acknowledging practical challenges related to costs in the bid to make them work as commercial assays.

On the oncology front came new guidance from the College of American Pathologists and the American Society of Clinical Oncology on estrogen receptor (ER) and progesterone receptor testing in breast cancer patients. This represents an update from the last iteration in 2010, with changes including the creation of a new category of ER-low-positive cases and some advice on how to report on and manage these patients. The guidance holds immunohistochemistry as the gold standard for testing and does not recommend other assays.

The J.P. Morgan Healthcare Conference in San Francisco dominated biotech news during the week of January 13. Sequencing giant Illumina was among the companies presenting at the meeting, and the company kicked off the event with an announcement of a 15-year collaboration with Roche, as LabPulse.com previously reported. In this issue, we feature an article on the future for Illumina and sequencing technology challenger Pacific Biosciences (PacBio), following termination of the planned $1.2 billion acquisition deal, by Bruce Carlson, publisher of market research information and sister company Kalorama Information.

With J.P. Morgan in the rearview mirror, we are looking forward to hitting the road for the Precision Medicine World Conference in Santa Clara, CA. The meeting gets underway soon, so be on the lookout for our reports.

Stay in the Know
Delivered right to your inbox, LabPulse’s newsletters keep you informed on the latest clinical lab updates. Subscribe to get exclusive access!
Sign Up
Latest in Fever 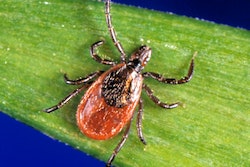 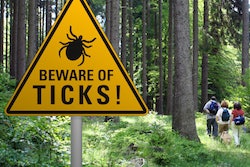 At the start of the COVID-19 pandemic, the U.S. Centers for Disease Control and Prevention (CDC) recommended that only patients who exhibited symptoms consistent with COVID-19 (such as fever, cough, and other respiratory symptoms) should be tested for the disease. However, long-term care facilities have been a hot spot for SARS-CoV-2 infections, and mortality rates have remained high.
July 14, 2020

The biomarker is the putative N-acetylmuramoyl-L-alanine amidase RC0497, a protein that was identified through an analysis of human umbilical vein endothelial cells infected with the bacterial pathogen Rickettsia conorrii. A blood test for the protein was successfully tested in a mouse model and in serum samples taken from infected humans, co-lead investigator Yingxin Zhao, PhD, a scientist at the Sealy Center for Molecular Medicine, University of Texas Medical Branch (UTMB), and colleagues reported.
January 20, 2020

Burlingame, CA-based Inflammatix developed the HostDx multiplex isothermal platform for mRNA testing at the point of care, with results available in less than 30 minutes. BARDA is part of the U.S. Department of Health and Human Services.
November 13, 2019

Tick-borne relapsing fever and Lyme disease (LD) are caused by two related Borrelia bacteria groups, each of which includes more than 20 species.
October 29, 2019
Most Popular

The survey of 198 patients/customers tested between 2018 and 2019 highlights the challenges of getting a professional to make a diagnosis, as well as the financial impact of a delayed diagnosis, according to the company. IGeneX markets tests for Lyme disease, relapsing fever, babesiosis, and other conditions caused by ticks.
July 10, 2019
Page 1 of 1