In the wake of a burst of activity at AACC 2022 in Chicago last week, we are seeing a series of thought-provoking earnings announcements by testing-industry firms.

Most companies that have reported results for the quarter that ended on or around June 30 are adjusting to year-over-year declines in COVID-19 testing demand.

Last Thursday, Labcorp announced a drop in COVID-19 PCR and antibody testing revenues that contributed to a 3.7% decline in its overall Q2 revenues. On the same day, Bio-Rad Laboratories reported second quarter revenues of $691.1 million, down 3% from $715.9 million in Q2 2021, with Clinical Diagnostics segment net sales of $367.8 million, a decrease of 3% compared to the same period in 2021.

Then on Wednesday, Siemens Healthineers reported that its diagnostics segment showed a decline in comparable revenue of almost 24% year-over-year for its fiscal third quarter. That was primarily due to a lower contribution from rapid COVID-19 antigen tests, which had a stellar third quarter in 2021. Excluding COVID tests, the company's revenues would have grown 0.9% after currency adjustments.

Providing context for the decline in COVID-19 testing demand, AACC President Dr. Stephen Master noted in a video interview last week that the pandemic appears to be moving into an endemic phase, presenting challenges not only for firms providing tests but also for laboratories trying to appraise demand.

Reassuringly, Dr. Master said that there were around 17,000 attendees at AACC 2022 this year, in the ballpark of attendance levels for events prior to the pandemic and underscoring "the fact that we're back."

During the event, Dr. Master moderated a panel with Erika Cheung and Tyler Shultz, two of the whistleblowers who helped bring down Theranos. The laboratory testing community needs to find a way to protect such whistleblowers "to ensure that patient care and patient safety is always at the forefront of what we do professionally," Dr. Master said, adding, "It's important for our community to acknowledge the way that [the whistleblowers] are an example for us of ethical behavior in laboratory medicine."

Not surprisingly, an AACC 2022 panel about the Verifying Accurate Leading-edge IVCT Development (VALID) Act attracted a large gathering. The Act, if it passes, would have "profoundly negative effects on testing in the U.S.," including hindering laboratories' efforts to rapidly deploy new tests in response to emerging infections such as the monkeypox virus, Dr. Master said.

Greg Stock, general manager of PerkinElmer's Euroimmun business, conducted a video interview to talk about products and technologies on display at the AACC event, as well as the integration of acquired companies such as Oxford Immunotec.

You can find all our coverage of the event on our homepage, and at the LabPulse AACC 2022 microsite. 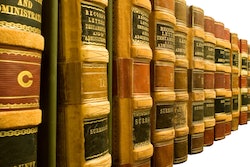 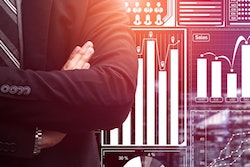 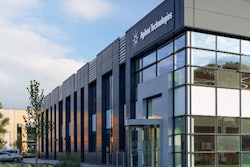 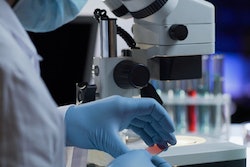