While the severity of COVID-19 and its rapid spread was not something anyone anticipated prior to its manifestation in Wuhan, China, last year, the coming of a global pandemic had often been predicted.

In a 2018 global IVD market report, Kalorama Information lead analyst Shara Rosen wrote that the dark side of globalism is the spread of unwanted conditions. There are many examples of previously unknown or rare pathogens that spread and became a major problem globally -- this can happen rapidly with people traveling by air throughout the world, Rosen noted.

Kalorama's recently published report on emerging infectious disease diagnostics details bacterial and viral infections that are now being tracked worldwide. Many are long-known but have jumped from developing to developed nations. Doctors in the U.S. who treat people with Chagas disease -- a parasitic illness transmitted by the "kissing bug" in the Americas -- are increasingly worried about the estimated 30,000 to 45,000 people who are at risk of complications from COVID-19 because they have Chagas-related heart problems. As an indication of that concern, the U.S. Department of Defense has granted $700K to Texas State University to conduct a study assessing the threat of Chagas disease to military bases.

Malaria is another troubling condition. While there are between 350 million and 500 million new cases of malaria in the world each year and early detection substantially improves patient survival, there are very few reliable and field deployable diagnostic tools. In the U.S., malaria transmission was eliminated in the early 1950s through mosquito control in towns and screen windows in homes. Yet according to the U.S. Centers for Disease Control and Prevention there are still 2,000 or more cases diagnosed every year, mostly due to travelers to other countries contracting the disease.

The fast spread of COVID-19 -- a respiratory condition -- is of particular concern in the context of other respiratory infections that are emerging.

Group A Streptococcus (GAS, Streptococcus pyogenes) colonizes the throat or skin and is responsible for a broad spectrum of diseases that range from simple and uncomplicated pharyngitis and skin infections (impetigo, erysipelas, and cellulitis) to scarlet fever and life-threatening invasive illnesses, including pneumonia, bacteremia, necrotizing fasciitis, and streptococcal toxic shock syndrome, and sequelae such as acute rheumatic fever, reactive arthritis, and glomerulonephritis.

The bacteria Chlamydia pneumoniae, which is unrelated to the sexually transmitted disease, can trigger pulmonary infections. Prevalence in the general population is high, reaching up to 70%. Asymptomatic progression of an infection with C. pneumoniae is often problematic because a primary infection may not be diagnosed until it has led to chronic conditions like asthma or chronic obstructive pulmonary disease.

Acute pharyngitis, or strep throat, is one of the most frequent illnesses for which pediatricians and other primary care physicians are consulted, with an estimated 15 million visits per year in the U.S.

Respiratory syncytial virus (RSV), which causes infection of the lungs and breathing passages, is a major cause of respiratory illness in young children.

Bordetella pertussis is the microorganism that causes whooping cough, a very contagious, global infectious disease that affects mainly children between the ages of 0 and 4. Whooping cough was once a terrible menace to children, with hundreds of thousands of cases reported annually. The introduction of a vaccine drove cases down, and the illness became thought of as rare and even antiquated. But it never totally disappeared. In 2018 the World Health Organization reported 151,074 pertussis cases globally.

Discovered in 2001, human metapneumovirus (HMPV) shares many symptoms with the flu. Research has shown that HMPV is one of the most common causes of acute respiratory infections. For otherwise healthy children and adults, it tends to be a minor illness, but it can be serious for populations including the very young, the very old, and people with underlying health problems, such as asthma or chronic heart disease.

Besides respiratory conditions, diarrheal disease, also known as gastroenteritis, affects approximately 1.7 billion people each year and is a leading cause of child morbidity and mortality worldwide and especially in developing countries. In the U.S. alone, 99 million cases of gastrointestinal infection occur annually, leading to over 250,000 hospitalizations and 17,000 deaths. Shiga toxin-producing Escherichia coli infections are commonly associated with food- and water-borne outbreaks of diarrheal illness. E. coli O157:H7 is the most well-known strain and has been responsible for numerous outbreaks.

Awareness of emerging infections underscores the importance of diagnosis as a driver of outcomes for patients, as well as for financial and health systems, but it is also the weakest link in the care process. This is especially true in primary healthcare settings in low- and middle-income countries. A unique and unprecedented opportunity exists to expand the role and impact of diagnostics to fully realize their potential in addressing major health security threats and evolving disease burdens through technological advances. 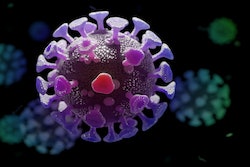 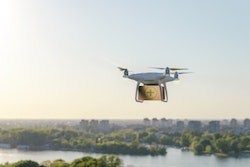 Diagnostics by drone? It may be closer than you think 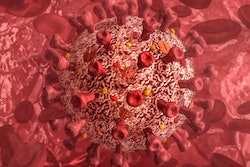 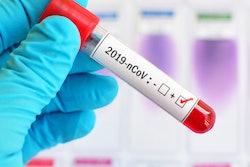 Market for COVID-19 diagnostics to hit $38B by year end