The Consortium Québécois sur la Découverte du Medicament (CQDM) is a Montreal-based biomedical research consortium that funds new technologies with potential value in facilitating drug discovery and development. The organization noted that since it was founded in 2008, it has raised more than $118 million Canadian ($90 million U.S.) through Canadian government programs and a wide range of pharmaceutical industry partners, including Merck, Pfizer, AstraZeneca, and Eli Lilly.

In the case of the Fusion Genomics award, the grant is being provided with support from Merck, which is a member of the consortium. The plan is to test a panel specific to respiratory tract infections as an adaptation of Fusion's OneTest PathoGenome assay, which is designed for screening some 1,400 different infections. The company will conduct the research in collaboration with the Sunnybrook Research Institute in Toronto. The study will compare the OneTest product with other testing methods, include 800 patients with respiratory tract infections, and run for one year.

Stay in the Know
Delivered right to your inbox, LabPulse’s newsletters keep you informed on the latest clinical lab updates. Subscribe to get exclusive access!
Sign Up
Latest in Research Consortium 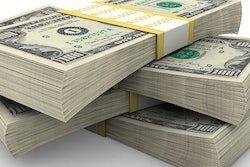 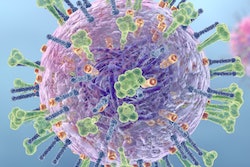 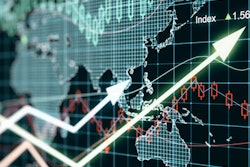 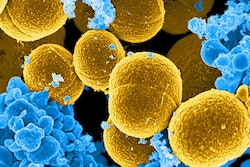 MCED tests use blood draws, urine, saliva, or stool samples to rapidly screen for multiple types of cancer at once, potentially catching and treating disease earlier. The consortium will evaluate the clinical and public health value of the tests for earlier cancer detection and treatment and establish standards for their use in routine medical care.
April 22, 2021

The review incorporates the findings of the Cancer Risk Estimates Related to Susceptibility (CARRIERS) consortium, a group evaluating predisposition genes and the incidence of breast cancer. Drawing from U.S. population studies, researchers evaluated hereditary cancer genetic testing for 12 established breast cancer genes in a total of 32,247 women with breast cancer and 32,544 women without breast cancer. Results were published by Fergus Couch, PhD, a consultant in experimental pathology and laboratory medicine at the Mayo Clinic, and colleagues.
January 21, 2021

Neurological medicine researchers evaluated how frequently chromosomal microarray (CMA) and fragile X syndrome testing were conducted in people with autism spectrum disorder through the Rhode Island Consortium for Autism Research and Treatment (RI-CART). Results were reported by Dr. Eric Morrow, PhD, head of the Developmental Disorders Genetics Research Program at Brown University, and colleagues in a research letter.
May 13, 2020
Most Popular

The prospective case-control study was funded by the U.S. Department of Defense and the NCAA and conducted through their Concussion Assessment, Research and Education (CARE) consortium.
February 6, 2020

NIPS testing involves analyzing blood samples from pregnant women for DNA fragments derived from the placenta. These samples can reveal genetic or chromosomal conditions in a fetus, including Down syndrome, trisomies involving chromosomes 13 or 18, and extra or missing copies of the X or Y sex chromosomes.
April 2, 2019
Page 1 of 1