Higher circulating levels of the inflammatory biomarker plasma soluble CD14 (sCD14) were associated with brain atrophy and dementia in an analysis of data from two observational heart health studies. The association was reported on December 9 in the journal Neurology.

Earlier detection of dementia using convenient blood tests is an important goal for Alzheimer's disease and other dementia disorders so that patients can be identified in time to be included in clinical trials and hopefully treated successfully. Inflammation and infection have become intriguing areas of research in Alzheimer's disease.

Follow-up data were available for a mean of 10 years in an offspring cohort of the Framingham Heart Study and six years for the Cardiovascular Health Study. Different thresholds for sCD14 levels were evaluated in search of associations, and the investigators acknowledged the exploratory nature of the analysis as a limitation.

After adjusting for a range of key variables, including sex, age, and apolipoprotein E E4 (APOE E4) genetic status in a meta-analysis of the two cohorts, the group found a statistically significant 12% increase in the incidence of dementia with each standard deviation unit increase in sCD14.

"Higher levels of sCD14 were associated with various cognitive and MRI markers of accelerated brain aging in both cohorts and with a greater progression of brain atrophy and a decline in executive function in the [Framingham Heart Study]," wrote co-author Dr. Sudha Seshadri, a neurology professor at University of Texas (UT) Health San Antonio and director of the university's Glenn Biggs Institute for Alzheimer's and Neurodegenerative Diseases, and colleagues.

The association was most striking for those in the top decile based on sCD14: They had a 38% higher risk for incident dementia than those in the bottom nine deciles. When the researchers adjusted for other key inflammation biomarkers -- C-reactive protein (CRP) and interleukin-6 (IL-6) -- they still found signs of increased risk for those in the top decile. Consequently, the results suggest sCD14 has value as an independent marker of inflammation, they concluded.

"Higher sCD14 levels were associated with greater progression of total brain atrophy and greater cognitive decline in the form of poorer executive functioning," the authors wrote. "These ﬁndings were observed across both statistical models using linear increments, quintiles, and deciles of sCD14."

Adding to evidence base

The study adds to evidence to date that suggests sCD14 is involved in the brain's response to vascular insult and Alzheimer's disease pathology, Seshadri and colleagues noted. Immunohistochemical studies of postmortem brains from people who had Alzheimer's have shown higher expression of CD14 in microglia, which clear debris in the central nervous system (CNS).

"Such results suggest that CD14 can alter the neuroinﬂammatory environment and aﬀect [Alzheimer's disease] pathology," they wrote.

The research could have practical applications as drugs with anti-inflammatory properties are widely available and at low cost, notably statins. However, recent trial failures in Alzheimer's disease include the major TOMMORROW prevention study, in which the diabetes drug pioglitazone (Takeda), which has anti-inflammatory effects, failed to delay progression to mild cognitive impairment in people genetically at risk.

CD14 expression has also been reported in postmortem studies of patients with traumatic brain injury. Elevated CD14 levels have been associated with conditions such as HIV and chronic kidney disease, and "higher levels of CD14 may relate to dementia through exposure to infection," the authors suggested.

"It has been hypothesized that peripheral infections exacerbate CNS inﬂammation thereby contributing to [Alzheimer's disease] risk," they wrote. "However, CD14 appears to have a myriad of activities, many of which remain elusive." 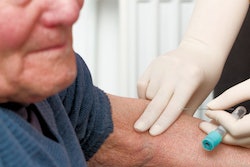 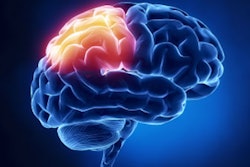 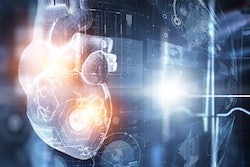 NT-proBNP comes of age for preoperative prediction of CV risks 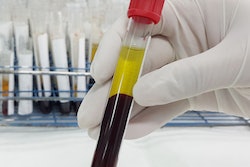