The association between the nonspecific biomarker for inflammation -- erythrocyte sedimentation rate -- and death was noted in a study of registry data for army recruits in Sweden, with records available for three decades following a one-time blood test. The researchers hope the study results will be informative in light of what they described as increasing interest in the effects of inflammation in childhood and adolescence.

In economic news, a study funded by Blue Cross Blue Shield of Michigan evaluated records at hospitals in the state and found that patients with asymptomatic bacteriuria were being inappropriately treated with antibiotics. This goes against guidelines and is a costly practice, as it extends the length of the average hospital stay by 37%, the researchers reported. They zeroed in on urinalysis as the root of the problem and noted the test is prone to false positives. Treatment is not effective in these patients, and testing is also sometimes unnecessary.

On the other hand, sometimes it pays to do more testing -- clinically, financially, or both. Performing hemoglobin A1c tests frequently in patients with diabetes -- that is, four times per year -- was associated with far lower hospital admission costs, according to a study by New York physician network Primary PartnerCare.

Finally, the U.S. Preventive Services Task Force (USPSTF) recently called for a vast expansion of testing for hepatitis C. In a draft recommendation for a new guideline, the USPSTF advised one-time screening for all adults in the U.S. between the ages of 18 and 79, as well as periodic screening for people of all ages who are injecting drugs, the biggest risk factor for getting hepatitis C. Previously, the advice was to focus on screening people between the ages of 45 and 64.

Why the big change? USPSTF chair Dr. Douglas Owens explained the rationale and implications to LabPulse.com. A comment period for the draft recommendation is open through September 23. 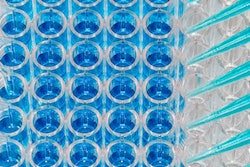