Clinicians treated a patient for a cerebrospinal fluid (CSF) leak after a COVID-19 test with a nasal swab led to an injury at the base of his skull. Details of the case were published on September 9 in JAMA Otolaryngology -- Head & Neck Surgery.

Given the sheer volume of COVID-19 nasal swab tests being performed, complications such as broken and compacted swabs in the nasal cavity and nosebleeds have been reported. However, it is rare that these injuries require surgery or nasal packing with gauze to halt nosebleeds.

A CSF fistula (leakage of CSF after cranial trauma), which this patient was diagnosed with, is both rare and dangerous. The man, who had no previous injury to his skull and was otherwise healthy, underwent COVID-19 testing after being in contact with a woman who had tested positive for SARS-CoV-2. He had no COVID-19 symptoms, and his polymerase chain reaction (PCR) test result was negative.

However, following the nasal swab test, he had persistent unilateral nasal discharge from March to December 2020, which was mistakenly diagnosed as allergic rhinitis. Other than the right-sided runny nose, he had no other symptoms and reported no signs of meningitis.

"To our knowledge this is the first case report presenting CSF fistula following the nasal swab testing in a healthy man with no preexisting skull base condition," wrote the team, led by Dr. Zdeněk Knížek of the Clinic of Otorhinolaryngology and Head and Neck Surgery at Pardubice Hospital in the Czech Republic.

The patient underwent a nasal endoscopy nine months after the onset of his initial symptoms. During the exam, a clear nasal secretion was noticeable between the middle turbinate and the septum on the right side. A computed tomography (CT) scan showed a defect in the lamina cribrosa on the right side. A previous brain CT scan from 2011 showed no skull base defect or other pathology.

In December 2020, an endonasal endoscopic closure was performed, and the patient was treated with an antibiotic prophylaxis for seven days following the procedure. The defect in the lamina cribrosa was identified from surrounding mucosa and cleaned. Temporal muscle fascia was used as an underlay graft. Mucosa from the middle turbinate was used as an overlay graft and fixed with fibrin glue.

Three weeks after surgery, no crusting or rhinorrhea was observed, but the patient reported a loss of smell when trying to sniff with the right side.

"Every instance of unilateral clear water rhinorrhea that appears after transnasal testing must be considered a potential CSF leak," the team wrote. 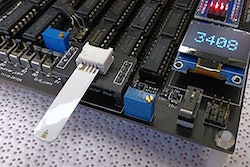 Compact biosensor can detect CSF leaks at the point of care 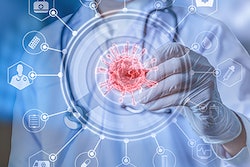 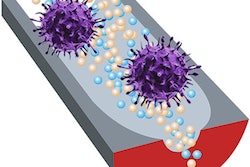 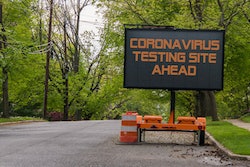