The COVID-19 crisis has continued to unfold with great challenges for the healthcare system and its suppliers. For most aspects of the diagnostic testing process, there has been a learning curve for all involved. The issues that have arisen include capacity limitations, questions about testing accuracy, and challenges with sample collection. But creative solutions have been emerging at labs to help ease the load during a difficult time.

As of April 22, around 4.5 million COVID-19 diagnostic tests had been performed in the U.S., which began large-scale testing in early March. There is still some uncertainty regarding what level of testing is needed in the long term, partly due to unknowns about the chances for success of countries' efforts to stop the disease's spread. Other unknown variables include the current disease prevalence and the schedules for rolling back shelter-in-place orders.

Some models have indicated that broad testing could have a relatively small impact on the disease's ultimate spread, relative to other variables such as disease prevalence and how gradually normal activities are phased in. While testing has been a key focus and will remain vitally important for dealing with patients, some research has indicated that it may not be as much of a panacea in terms of stopping COVID-19's spread as many might expect.

Much broader testing is envisioned as a way to enable society to more quickly "reopen" through a more informed and calculated process. But the impact could be minimal, if the disease prevalence turns out to be in the realm of 5% or lower as it appears to be in the U.S., and if the reopening is abrupt rather than a very incremental process. The dynamics are dictated more by the timing of the loosening of social distancing guidelines and by how many people have been exposed.

Antibody testing role to be determined

The use of antibody testing is often mentioned as an important part of the process. These tests, which are generally cheaper, faster, and more portable than molecular tests, are less useful for diagnostics but can determine past exposure. While they could possibly be very important for certain purposes, depending on other factors, it's possible that their impact could be minimal with respect to stopping COVID-19's spread.

The first necessary step is to perform broad antibody screening to determine, with statistical confidence, the prevalence of the disease in the population, which will inform the future decisions about further large-scale screening. In fact, the results of this large-scale "first pass" of the population will determine the usefulness and requirements of antibody testing as a whole; if less than 5% of the population has been exposed, an antibody test with 95% specificity (5% false positives) provides information that is no better than a coin toss.

There has been moderate success thus far in addressing the shortages that have slowed testing. Supplies are gradually ramping up. But many labs are still having difficulty obtaining upstream products like nasal swabs, sample tubes, RNA extraction kits, transport media, and the personal protective equipment (PPE) needed for the sample collection procedure.

As a result, labs are generally running well below their potential capacity. The situation is worse for smaller labs with limited instrumentation, as better-equipped labs are able to "hedge" and switch between different types of systems as needed depending on changes in the availability of supplies.

Shortages of testing-related products have combined with the inherently constrained capacity of diagnostic labs to create major challenges for scaling up. Until recently, there was a large backlog of samples in many parts of the country. But clinical labs and research labs have been coming up with some creative solutions to address these limitations.

One example is pooling, which involves the mixing of individual samples into "pools" which are then run on the instrument. This concept has already been applied to the screening of samples in diverse settings for some time. When a pool gets a positive result, the individual samples in that pool will all be run to determine which are positive. A pool with a negative result allows those samples to be skipped. Despite some samples being run on the system twice as a result, this can increase the efficiency of testing two- to fivefold depending on the protocol.

Typically, the pools consist of five to 20 samples, but the number depends on the rate of positive tests. Pooling only provides a benefit if the positive cases make up a low percentage of the total. As the rate of positive results goes higher than 5% and approaches 10%, the efficiency of this approach drops to that of running individual samples.

The most straightforward approach to pooling is simply to split the samples into groups of five or 10, with each sample going into one pool. For a batch of 1,000 samples with five per pool, a first round of 200 pools would be run on the instrument. As some pools are determined to be positive, their component samples are re-pooled by halving the groups and then run again. Pools that give negative results can be completely disregarded, saving instrument time. This design can result in a more than 50% reduction in run-time.

There are also more intricate approaches to pooling that provide further efficiency increases. For example, techniques have been described whereby replicates of the samples are split into multiple pools instead of just one. Algorithms determine how to test the positive pools. These modifications have allowed an efficiency increase of fivefold compared to running individual samples. The U.S. Food and Drug Administration (FDA) has given permission to individual labs to modify their protocols to combine five samples per pool as long as the overall positive test rate of the samples remains below 10%.

Most of the COVID-19 tests have been run using oropharyngeal (OP) and nasopharyngeal (NP) swabs. This type of sampling is typically unpleasant for the patient, can be physically challenging (particularly for younger patients), presents risks for the healthcare professional, and consumes PPE.

These factors, combined with the shortage of swabs, transport medium, and PPE, have driven the exploration of other ways to collect samples. One example is the use of saliva samples. Rutgers Clinical Genomics Laboratory received the first emergency use authorization (EUA) from the FDA to run COVID-19 tests on saliva samples. Per the EUA, saliva specimens must be collected in a healthcare setting under the supervision of a trained healthcare provider using a Spectrum Solutions SDNA-1000 saliva collection device.

Another aspect of the solutions being developed to address the capacity and supply issues is the use of RNA extraction-free protocols. Most COVID-19 testing involves a sample preparation step which includes the release and isolation of RNA from the sample matrix. This process can be time-consuming, sometimes taking longer than the reverse transcription polymerase chain reaction (RT-PCR) step.

Some labs have found that it is possible to obtain reliable results without doing RNA extraction; this appears to be less successful when there is a low amount of virus present, which may correspond to milder symptoms. However, the modification of protocols in this manner must be consistent with FDA guidelines regarding EUA. 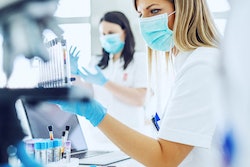 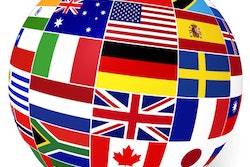 A look at how COVID-19 testing varies by world region 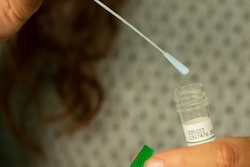 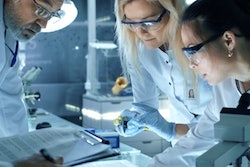