People with the early-onset form of Alzheimer's disease -- a rare and understudied condition -- also have elevated cholesterol, which may be related to variants in the apolipoprotein B (APOB) gene, researchers reported in JAMA Neurology on May 28. The discovery could one day help scientists discover ways to prevent the disease in those at risk.

The study of 2,125 people, including those with early-onset Alzheimer's disease and controls, found higher mean low-density lipoprotein cholesterol (LDL-C) in a subset of patients with early-onset disease, a type of dementia that strikes before the age of 65.

The connection was noted after adjusting for carriers of the apolipoprotein E E4 (APOE E4) gene, which is known to be associated with high cholesterol in patients with Alzheimer's disease, and the finding suggests that cholesterol is an independent risk factor, reported Dr. Thomas Wingo, assistant professor of neurology and human genetics at Emory University, and colleagues. The researchers did not find an association with high-density lipoprotein cholesterol and early-onset Alzheimer's disease, but they did find a slight link with elevated triglycerides.

As part of the study, the researchers performed genetic sequencing and found that about 10% of the participants were APOE E4 carriers and 3% of patients with early-onset Alzheimer's had other mutations connected with the disease: amyloid precursor protein (APP), presenilin 1 (PSEN1), and presenilin 2 (PSEN2). Rare coding variants in APOB, which codes for the major protein of LDL-C, were "significantly more abundant" in early-onset Alzheimer's disease, after adjusting for sex, APOE E4 status, and the center the samples came from, Wingo and colleagues noted.

In an accompanying editorial in JAMA Neurology, Dr. Makoto Ishii, PhD, described the study as important and noted that it provides the first evidence that rare genetic coding variants of APOB are strongly associated with early-onset Alzheimer's disease.

"Consistent with these findings, a transgenic mouse model overexpressing APOB had significant memory impairment and increased β-amyloid levels compared with wild-type mice, suggesting that increased apolipoprotein B levels could contribute to the development of [Alzheimer's disease]-like pathology," Ishii wrote.

Much to learn about early-onset Alzheimer's

The study was undertaken as a means of improving the understanding of early-onset Alzheimer's disease. Ishii noted in his editorial that many Alzheimer's studies have excluded participants with early-onset disease because of its low prevalence -- it accounts for only 5% of Alzheimer's cases -- and concerns that the condition is a form of dementia that's distinct from late-onset disease.

For the study, the researchers analyzed genetic data from people drawn from 29 Alzheimer's disease research centers in the U.S. Diagnosis of Alzheimer's was made on the basis of symptom scoring using criteria established by a working group of the U.S. National Institute of Neurological and Communicative Diseases and Stroke. The researchers ran cholesterol tests on samples for 267 people seen at Emory University and the University of California, San Francisco.

The study involved targeted genetic sequencing on people with disease and controls. About 10% of those with early-onset Alzheimer's disease were APOE E4 carriers, and, as expected, there was a strong association between APOE E4 and early-onset disease. The researchers reported that 23 (3.4%) of the patients were positive for APP, PSEN1, or PSEN2.

After adjusting for APOE E4, they found that participants with early-onset Alzheimer's disease had higher total cholesterol, LDL-C, and plasma APOB compared with controls.

"This finding led us to hypothesize that genes with genetic variants that are known to be associated with higher LDL-C likely increase [early-onset Alzheimer's disease] risk," Wingo and colleagues explained.

Consequently, they performed large-scale targeted sequencing of APOB, because this gene is known to harbor rare variants that alter LDL-C. About 5% of patients with disease and 1.7% of controls had rare coding polymorphisms of APOB, which is "likely to disrupt the structure, functions, or abundance" of APOB, they noted. But the association of high cholesterol and early-onset Alzheimer's disease was not fully explained by APOE E4 or APOB, "suggesting that additional genes and/or mechanisms contribute to those findings," the study authors wrote.

"The APOB variants we found do not fully explain the association between elevated LDL-C levels and [early-onset Alzheimer's disease], indicating that further studies are needed to identify additional genetic variants underlying the contribution of lipid metabolism to [Alzheimer's disease] pathogenesis," Wingo and colleagues concluded.

The study results confirm that four genes -- APOE E4, PSEN1, PSEN2, and APP -- "account for only a minority of the strong genetic predisposition" seen in early-onset Alzheimer's disease, and additional genes are likely to be involved, Ishii noted in his editorial. More studies are needed to define the association of LDL and early-onset disease, including finding out whether certain protective APOB variants would decrease the risk for early-onset Alzheimer's, Ishii wrote.

Also, he wrote that the inclusion of patients from 29 centers was a strength of the study, but that limitations included the establishment of a diagnosis based on clinical criteria without the use of neuroimaging or cerebrospinal fluid biomarkers for Alzheimer's disease, so some patients may have been misclassified. Also, the patients in the study were almost all white, so it's unclear whether the findings are generalizable to other racial groups, Ishii pointed out.

The study highlights the value of investigating early onset Alzheimer's disease to discover novel genetic coding variants that may underlie disease pathogenesis for early-onset as well as late-onset cases, he noted.

This could help identify novel genes involved in the disease and also to differentiate early versus late disease, which may improve management and care of patients with early-onset disease in the future, Ishii suggested. 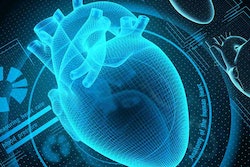 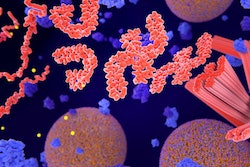 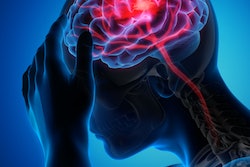 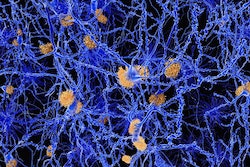 Veravas, Tymora team up in race for Alzheimer's blood test