In an effort to avoid the bottlenecks in testing that occurred at the onset of the COVID-19 in 2020, researchers in the U.K. are advocating the establishment of a system of reserve lab technicians and volunteers to handle the surge in testing that occurs during a pandemic.

Researchers at the University of Cambridge contend in the BMJ that a hybrid system should be established consisting of a relatively small number of highly skilled paid reservists combined with a large group of volunteers who could be called on when required and trained rapidly. The Cambridge researchers believe that this could help in the initial phases of an emergency.

In the proposed system, the volunteers would not need to have specialist skills initially but could be trained quickly in an emergency. These volunteers would only be paid when their services were needed. The Cambridge researchers also suggest that those working in sectors of the economy likely to close during a pandemic -- such as entertainment and hospitality -- would be ideal candidates as voluntary reserves.

These latest recommendations come after the U.K. struggled to ramp up testing at the beginning of the COVID-19 pandemic. The rate of laboratory testing in the U.K. expanded rapidly at the start of 2020, from 100 tests a day in early January 2020 to 10,000 a day by late March, and to 100,000 a day by mid-July.

However, in the process of ramping up to 100,000 tests per day, the availability of laboratory facilities and resources -- from basic reagents to IT support -- was a substantial challenge. The greatest obstacle was finding trained staff to carry out the tests, according to the study.

In the report, the Cambridge researchers argue that the lack of early COVID-19 PCR testing capacity had a knock-on effect on other health services in 2020. These effects included delaying the ability to ensure hospitals were COVID-secure and that patients scheduled for surgery were as safe as possible. The lack of testing also slowed down the proposed contact tracing solution because it was difficult to identify people with COVID-19 quickly enough to enable it.

“It was frustrating to hear politicians’ promises to repeatedly scale up COVID-19 testing capacity during the early stage of the pandemic,” said Dr Jordan Skittrall in the University of Cambridge’s Department of Pathology and first author of the report in a published statement. “The scale-up was extremely challenging: a lot of expertise is needed to get the tests working in the early stages of dealing with a new pathogen.”

Like other developed countries, the U.K. has the right scientific skills to respond to the next big outbreak, according to Skittrall. “But we need to make sure that we have these people ready, so that when something does happen, they can hit the ground running,” he added. 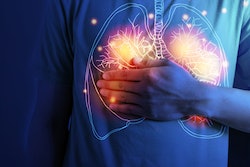 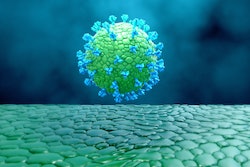 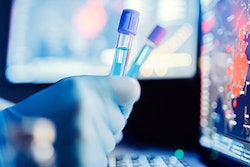