Should individuals who donate blood have their donations screened for signs of high cholesterol? The authors of a study published in JAMA Cardiology on May 22 suggest that such screening could identify many people -- particularly younger individuals -- who might have familial hypercholesterolemia (FH) but might not otherwise know it.

Familial hypercholesterolemia is found in 1 in 250 individuals in the general population, and it can lead to premature coronary artery disease (CAD) due to elevated levels of low-density lipoprotein (LDL) cholesterol. The condition is underdiagnosed and undertreated, although it is easily detected through blood lipid profiles or genetic testing; treatment includes statins, which effectively reduce LDL cholesterol levels.

The prevalence of familial hypercholesterolemia and the lack of organized screening programs have led some to suggest that blood donation programs could go beyond simply testing donors for transmissible diseases and also examine blood for LDL levels. Therefore, a team led by Dr. Candace Jackson of the University of Texas Southwestern Medical Center decided to test for high cholesterol in a population of over 1.1 million individual blood donors (JAMA Cardiol, May 22, 2019).

Jackson and colleauges conducted total cholesterol measurements on 3,048,420 blood donations from 1,178,102 individual donors that were made from 2002 to 2016 to the Carter BloodCare organization in Texas. Nonfasting total cholesterol was measured from 2002 to 2009 with the Abbott Aeroset system (Abbott Laboratories) and with the AU680 chemistry analyzer (Beckman Coulter Diagnostics) from 2010 to 2016. Familial hypercholesterolemia was classified using criteria from the Make Early Diagnosis to Prevent Early Death (MEDPED) study.

The researchers believe that the prevalence rate for familial hypercholesterolemia that they found of 1 in 339 was comparable to the estimate for the U.S. overall of 1 in 250. The fact that younger blood donors had a higher prevalence of high cholesterol highlighted the potential need for early diagnosis and intervention.

What's more, a "considerable proportion" of blood donors who met the threshold for high cholesterol with one donation also crossed it again with subsequent donations, suggesting that screening blood donations could be a "novel approach" to screen for familial hypercholesterolemia.

"Blood donation programs represent a unique opportunity as a public health portal to screen for diseases such as FH," the study authors wrote. "Identification of FH in younger donors creates opportunities for early intervention to reduce the risk of premature CAD."

Stay in the Know
Delivered right to your inbox, LabPulse’s newsletters keep you informed on the latest clinical lab updates. Subscribe to get exclusive access!
Sign Up
Latest in Coronary Artery Disease 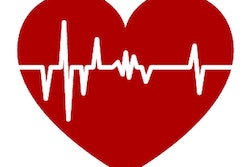 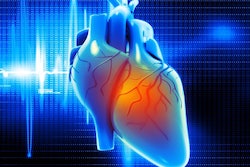 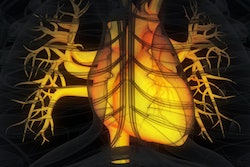 In the observational study, Dr. Bin Cao of Capital Medical University and colleagues from China examined the data of 191 patients with confirmed COVID-19 at two different hospitals. The median age of the patients was 56 and nearly 30% died in the hospitals. They also had various comorbidities, the most common being hypertension (30% of patients), diabetes (19%), and coronary artery disease (8%).
March 10, 2020
Most Popular