Genetic testing has potential to improve the prognosis of children with tough-to-treat tumor types, according to a real-world registry study presented at the American Society of Clinical Oncology (ASCO) meeting.

The multinational study evaluated outcomes in pediatric oncology patients with relapsed cancer and a poor prognosis who were tested and then directed to targeted treatments in accordance with their individual genetic profile. Results were presented in a late-breaking abstract and highlighted in the press program of the ASCO meeting, which is being held in a virtual format from May 29 to 31.

Researchers tracked experience with the Individualized Therapy for Relapsed Malignancies in Childhood (INFORM) registry, which fosters precision-medicine approaches for high-risk patients. Through the registry, information about patients' molecular subtypes was provided to their doctors, who then made the decision about how to apply it to management. Outcomes according to the priority of the target discovered through testing, for example, whether there were drug treatments available, that is whether findings were likely to be actionable.

Out of the 525 pediatric cancer patients evaluated, 149 received a targeted treatment based on the genomic testing results, including 20 (8%) who had types deemed to be a high priority, such as ALK and BRAF mutations. For the 8% of cases where the target was a high priority, progression-free survival was almost twice as long as in the overall patient population -- 204.5 versus 114 days -- a statistically significant result. However, a difference in overall survival was not reported.

Researchers are now following up with a series of phase I/II trials that randomize young patients to treatment based on biomarkers. 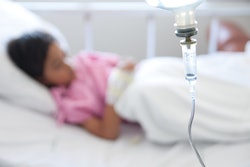 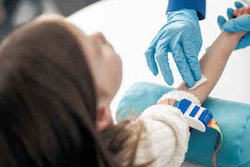 Do reference levels for pediatric biomarkers need to be updated? 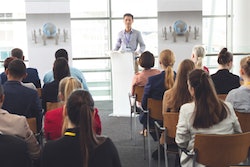 ASCO's 2021 meeting will be held online 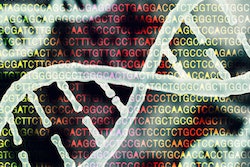 Out of 422 children, adolescents, and young adults (up to the age of 21) with relapsed/refractory cancers enrolled in the NCI-Children's Oncology Group Pediatric Molecular Analysis for Therapy Choice (NCI-COG Pediatric MATCH) study, tumor samples were taken for 390, or 92%. Of those who had their tumors sequenced, 24% were eligible for treatment with a targeted therapy available through the study, and 10% had been enrolled in a trial as of the end of 2018, the investigators reported in an interim analysis ahead of the ASCO meeting, which is scheduled to be held from May 31 through June 4 in Chicago.
May 15, 2019

Molecular profiling helped identify genetic mutations that could be acted upon in 54 out of 62 children and adolescents whose tissue could be evaluated in the Personalized Targeted Therapy in Refractory or Relapsed Cancer in Childhood (TRICEPS) study, reported Fida Khater, PhD, and colleagues at the Centre Hospitalier Universitaire Sainte-Justine in Montreal.
April 28, 2019
Most Popular