A Netherlands research team has found in a study that women diagnosed with breast cancer experienced changes in the levels of specific proteins in the blood two years before diagnosis.

The findings could lead to the development of a blood test for early detection, the researchers said.

They presented their findings Wednesday in the form of a poster abstract presentation at the 13th European Breast Cancer Conference (EBCC). The team recently published a paper outlining the findings in the International Journal for Molecular Science.

The findings were based on the Trial Early Serum Test Breast Cancer study, a prospective, multicenter Dutch study aiming to identify a panel of blood-based protein biomarkers for the early detection of breast cancer.

The study included up to 1,250 women from nine hospitals across the Netherlands. The researchers anticipated that 40 women would develop breast cancer during the study period.

Participants received breast screening at a younger age and more frequently than the rest of the Dutch population, the authors said.

High-risk patients had their blood samples collected one to four times per year during their screenings.

At the time of the presentation, 1,174 women had enrolled in the study and more than 3,000 serum samples had been obtained longitudinally.

To obtain their findings, the researchers performed mass spectrometry analysis on the blood samples collected to observe prediagnostic changes in protein levels.

“In a nested case-control analysis, serum samples of three women who developed a breast malignancy (cases) were longitudinally compared to three high-risk women who did not get the disease (controls),” the researchers wrote in the abstract. “Cluster analyses were done to indicate differences between and within protein levels in serum samples of individuals.”

Overall, 30 blood samples acquired over time from both sets of women received detailed analyses that “have resulted [in] unique, strong patterns of protein clustering for each patient, indicating a greater interpatient than intrapatient variability in protein levels of the longitudinally acquired samples,” the team wrote.

The detailed analyses revealed six proteins whose levels were either higher or lower than when measured one to two years prior to breast cancer diagnosis. However, “it is not yet possible to disclose exactly which six proteins are involved, as we are still in the process of patenting the data,” Dr. Sophie Hagenaars, study coauthor, told LabPulse.

Hagenaars also said in a statement that the team “found more variation in the protein levels in the blood samples between women, compared to over time within the same woman who developed breast cancer. This shows that testing should probably be based both on proteins that differ between women with and without breast cancer and on proteins that alter in an individual person over time.”

“We currently have 60 cases within our cohort, almost 1,200 participants in total, and have collected over 3,000 blood samples,” Hagenaars said. “The time during which the validation will be performed unfortunately depends on costs for consumables and personnel, but could be performed and finished in half a year.”

The researchers also believe commercialization of a blood test based on these findings is possible, “if the proposed validation in the larger cohort is proven,” Hagenaars said.

“Blood tests are relatively simple and not particularly painful for most people, so people could be offered screening as often as needed,” Hagenaars added. “If further research validates our findings, this testing could be used as an add-on to existing screening techniques.” 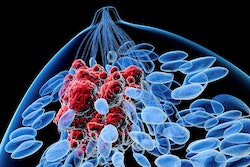 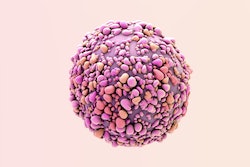 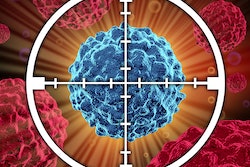 To generate consensus regarding the clinical utility in breast cancer treatment of GEP tests, including Veracyte's Prosigna breast cancer assay, 133 specialists from 11 European countries were surveyed in the PROCURE study.
May 3, 2022
Page 1 of 10
Next Page