A study of more than 40,000 people in Sweden found repeatedly measuring the fibrosis-4 (FIB-4) index in blood every few years can predict the risk of developing severe liver disease. However, the July 1 research in the Journal of Hepatology also found the sensitivity is comparatively low and improved tests are needed for general population screening.

The research team led by Dr. Hannes Hagstrom, a hepatologist at the Karolinska University Hospital and docent at Karolinska Institutet in Sweden, calculated FIB-4 at two time points within five years to determine whether doing so could predict the risk of cirrhosis. They found yes, it could: An increase of one unit in FIB-4 boosted the risk of severe liver disease (adjusted hazard ratio (aHR)=1.81, 95% confidence interval (CI) = 1.67-1.96).

"Based on these data, it seems likely that, in the general population, adding a second measurement of FIB-4 can enhance the identification of individuals at risk of severe liver disease later in life," the authors wrote.

Advanced fibrosis is the major predictor of clinically significant outcomes; for instance, people with advanced fibrosis more frequently experience severe liver-related endpoints and have higher overall mortality. The gold standard to diagnose fibrosis is liver biopsy, but that's not a reasonable screening tool in larger populations, especially in a general population or primary care setting, Hagstrom and colleagues wrote.

Could there be a better noninvasive screening test? Several noninvasive scores already exist but their utility is modest, according to research. For the current study, Hagstrom and team sought to determine whether repeated measurements of the commonly used FIB-4 would improve the identification of individuals at risk of severe liver disease compared with a single measurement of FIB-4.

The researchers used data from the population-based Swedish Apolipoprotein Mortality Risk (AMORIS) cohort that underwent blood sampling between 1985 and 1996. The cohort includes 812,073 individuals who were either taking part in yearly routine health check-ups or outpatients in primary care referred for laboratory testing. No individuals were hospitalized at the time of blood sampling.

Hagstrom and colleagues also noticed increased risk in high-risk individuals at both tests (aHR = 17.04, 95% CI = 11.67-24.88), but almost half of all liver events occurred in those consistently in the low-risk group.

"A second measurement of FIB-4 within five years of the first was found to improve the identification of individuals at risk of future severe liver disease in this population-based, 27-year follow-up study of more than 40,000 persons," the authors wrote. "However, there were considerable changes in the risk classification over time, with one-third of the population being defined as at intermediate or high risk of having advanced fibrosis on at least one of the two tests."

Future research should evaluate the significance of a change in FIB-4 (or other scores) in other populations, Hagstrom and colleagues suggested. 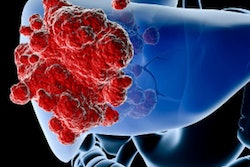 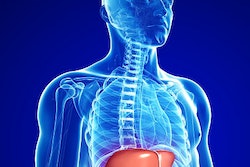 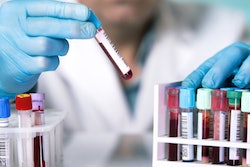 The presentation abstracts describe the use of a new machine learning-enabled continuous scoring system for nonalcoholic steatohepatitis (NASH), the firm said.
June 8, 2022

The ELF test is ordered by a physician and generates a numeric score that has been proven to assess prognosis in patients with advanced fibrosis (F3 or F4) due to NASH. The test is now commercially available after receiving de novo marketing authorization from the U.S. Food and Drug Administration (FDA) in August 2021.
January 25, 2022

Urine test could assess cystic fibrosis's effects on the kidneys

The study accomplished several things: It identified excretion as the mechanism of secretin-induced urinary bicarbonate, explained metabolic alkalosis in patients with cystic fibrosis, and suggested feasibility of an in vivo human cystic fibrosis urine test to validate drug efficacy.
July 23, 2020
Most Popular

The new ACMG document published in Genetics in Medicine includes information on what to test, how to test, and what to report. It includes revised information about cystic fibrosis and the CFTR gene, new testing considerations and methodologies, and updated recommendations for the interpretation and reporting of test results.
May 17, 2020

Developed by Yale's Dr. Naftali Kaminski and colleagues, the test predicts rapid disease progression associated with IPF. Experience with the gene signature in a multicenter study was published by Kaminski et al in Lancet Respiratory Medicine (November 2017, Vol. 11, pp. 857-868). Some 200,000 patients in the U.S. and Europe are evaluated for IPF and other interstitial lung diseases every year and knowing the severity of the disease could help guide them to the right treatments, the company noted.
April 23, 2020

Per the deal, NanoString is due another $10 million as Veracyte's tests are launched on the platform commercially. NanoString's platform enables the simultaneous analysis of RNA, DNA, or protein targets for up to 800 genes.
December 3, 2019

A group affiliated with the multicenter European Paediatric Non-Alcoholic Fatty Liver Disease Registry (EU-PNAFLD) showed the association of certain fats in the blood with fatty liver on liver biopsies in a poster presentation of 67 patients at the meeting, which was held June 5 to 8 in Glasgow, Scotland. This shows potential for developing a commercial test for the presence of nonalcoholic steatohepatitis (inflammation) and fibrosis (scarring) as an alternative to an invasive liver biopsy within five years, the researchers concluded.
June 9, 2019
Page 1 of 1