90% is not good enough: How AI will reshape hemopathology

ATLANTA - How will artificial intelligence (AI) and computer vision affect the day-to-day activities of hematopathologists? That question was explored during a dynamic Q&A session on December 12 at the American Society of Hematology (ASH) 2021 meeting.

"The real question ... is to what extent is AI and computer vision going to be able to either help us or maybe supplant us," said Dr. Scott Rodig, PhD, of Brigham and Women's Hospital. Rodig chaired the session, which was titled "AI, Data Science, Computer Vision and the Hematology Laboratory of the Future."

Rodig reminded the ASH audience about recent high-profile accidents involving autonomous driving vehicles, which some critics have blamed on the premature deployment of AI driving systems. Some applications are more high stakes than others, he noted.

"If your phone doesn't recognize your face, it's not a big deal," Rodig said. "But if your car doesn't recognize a pedestrian, then, of course, it's disastrous. And I would argue that this is the problem that we're going to face in diagnostics. You know, being 90% effective is not good enough. You're going to really have to be at 99.99% effective; otherwise, we're going to be facing some real challenges with misdiagnosis or inappropriate treatment."

Drawing a parallel to the early days of the implementation of next-generation sequencing (NGS), Rodig said that the current hype surrounding AI and computer vision reminds him of the excitement surrounding NGS.

"I remember when it first was starting to be reported how effective NGS was and how cheap it was," Rodig said. "One of my contemporaries came up to me and said, 'Oh my gosh, we're all going to be out of a job.' All you've got to do is take the biopsy and send it through a sequencer, and you've got your answer. That's it. In fact, certainly many of the scientists felt the same way."

While NGS ended up having a big impact, Rodig said, it did not replace pathologists or the use of histomorphology.

"I think at least among the pathologists in the audience, they'll recognize that, in fact, this is just one tool in our toolbox," Rodig said. "NGS has ended up being an additional test that we've added to our already broadening set of data that we look at when rendering a diagnosis. Nevertheless, it's a critical tool, especially for some very specific indications."

Another panelist, Metin Gurcan, PhD, of Wake Forest School of Medicine, emphasized that each new technology presents the pathologist with only a partial picture.

"By combining different sources of data, we really get a better picture of what's going on," Gurcan said. "It really excites us when there are new modalities that we can fold into our decision mechanism."

Gurcan added that 20 to 30 years ago, hematopathologists could still compile their own datasets into a single spreadsheet. But those days are gone.

"Now, we have millions of data points, and human brains cannot be used just to bring all of these data points to make a decision," Gurcan said. "Again, we need the power of AI to look at this data in multiple dimensional spaces, because the human mind can only go to three dimensions effectively. But in many cases, our algorithms are looking at 10,000 dimensional spaces to make a decision."

Looking to the future, the ASH 2021 panelists agreed that hematopathologists should encourage their institutions to understand and embrace AI and computer vision technologies so that they won't be left behind.

"I think for those of us who are in more senior and more leadership positions within departments, it's probably really critical that we not ignore this technology and not be intimidated by this technology but embrace it," Rodig said.

He added that there is little doubt that the next generation of hematopathologists now in training will embrace AI.

"Young trainees that are coming in ... they're basically born with a phone in their hands -- this is technology that [they] don't find intimidating," Rodig said. "So, I think, you know, it's beholden upon us to make sure that we don't find that too intimidating either and start incorporating it into our practice." 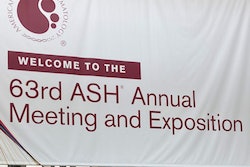 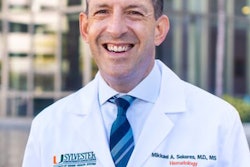 Video from ASH 2021: Why AI is no threat to pathologists