The spectroscopic liquid biopsy technology developer noted that ATR-FTIR spectroscopy is an analytical technique that doesn't require extensive sample preparation or use of reagents.

However, traditional ATR leverages an internal reflection element that is often a fixed point of analysis which requires mandatory cleaning steps to avoid cross-contamination.

The Dxcover Infrared Platform consists of sample slides made from microfabricated silicon wafers that replace the single infrared reflection element with four sampling areas for one background measurement and three sample measurements, the firm said, adding that its Dxcover Autosampler can also automate sample slide analysis, indexing the slide across the infrared beam without user interaction.

Dxcover's cofounder and chief technology officer Dr. Matthew Baker will present an overview of the technology, including research abstracts, at the 12th International Conference on Clinical Spectroscopy (SPEC), hosted in Dublin, Ireland from June 19 through June 23.

Stay in the Know
Delivered right to your inbox, LabPulse’s newsletters keep you informed on the latest clinical lab updates. Subscribe to get exclusive access!
Sign Up
Latest in Spectroscopy 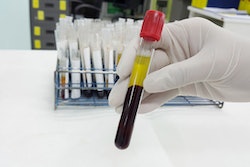 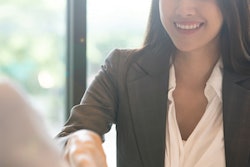 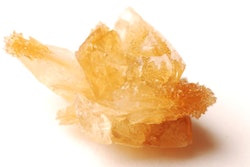 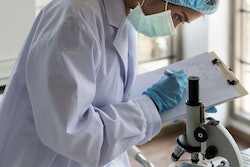 FTIR spectroscopy provides a biochemical snapshot of samples and was recently used in proof-of-concept cohort studies for COVID-19 saliva screening. However, the biological basis of the proposed technology has not been established.
February 23, 2022

Indian and Australian researchers collected infrared spectra of blood plasma from 160 COVID-positive patients from Mumbai (130 as a training set for model development and 30 as a blind test set for model validation). They established a simple plasma processing and ATR-FTIR data acquisition procedure using 75% ethanol for viral inactivation.
August 18, 2021

Currently, there is a focus on developing antibody tests, for instance, which could also determine whether a patient had previously been infected, helping epidemiologists better understand the spread of the disease in a population. However, other researchers are thinking far outside the typical box of life science tools; some have turned to terahertz spectroscopy as a potential boon to COVID-19 detection.
June 22, 2020

Molecular spectroscopy is the analysis of molecular species by measuring the interaction of light with a specific sample. The absorption, emission, and/or reflection from a sample of light with wavelengths in the ultraviolet, visible, and/or infrared regions is characteristic of the various molecular vibrations, rotations, and other changes in the energy states of the interacting chemical species, and are unique to different molecular species. Molecular spectroscopy techniques are generally nondestructive and broadly applicable. Ultraviolet/visible (UV/Vis), near-infrared (NIR), and infrared (IR) spectroscopy techniques typically measure the sample’s absorption of the particular portion of the light spectrum they probe. Fluorescence spectroscopy irradiates a sample, but instead of measuring the absorbed energy, it measures the wavelengths and power of the energy that is re-emitted from the sample due to the initial excitation irradiation. Raman spectroscopy measures the spectrum of light scattered from the molecules in a sample. Nuclear MR investigates the absorption of radiofrequency electromagnetic radiation due to interactions with the magnetic properties of the nuclei in the sample. Refractometry, ellipsometry, and color measurement investigate other ways in which samples interact with light.
December 11, 2018
Most Popular