Abbott has debuted a lab-based serology blood test for the detection of immunoglobulin G (IgG), the antibody that identifies if a person has had COVID-19. The company has now released three COVID-19 tests.

The IgG antibody test will be available initially on Abbott's Architect i1000SR and i2000SR laboratory instruments, which can run up to 100-200 tests per hour, according to the vendor. The firm is also working to add the test to its new Alinity i platform.

Abbott expects to begin shipments of the new test on April 16, with plans to distribute 1 million tests this week, 4 million tests overall in April, and then increasing to 20 million in the U.S. per month in June and beyond. The test is being made available under the notification issued by the U.S. Food and Drug Administration (FDA) without an emergency use authorization (EUA) pathway, Abbott said. However, the company said that it plans to file an EUA submission with the FDA and also to receive the European CE Mark.

In addition, Abbott said it will be expanding its laboratory antibody testing to include the detection of the immunoglobulin M (IgM) antibody in the near future. 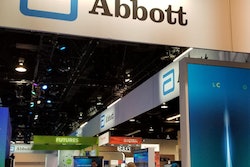 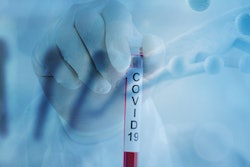 I-calQ's technology uses the smartphone as a processor. Its camera is used to read a disposable test strip cassette, and a proprietary app that analyzes, calibrates, and quantifies results in about 10 minutes. It also has the ability to upload the data immediately.
January 14, 2021
Most Popular

The framework is designed to help the IVD industry and the U.S. Food and Drug Administration (FDA) better incorporate real-world data into development and regulatory decisions for IVD products. It also outlines the designs and statistical methods needed in order to generate real-world evidence for regulatory submissions.
August 23, 2020

In the guidance, the HHS said that the FDA will not require labs to go through premarket review of LDTs for COVID-19 before they can be used on patients. Labs can choose to seek emergency use authorization (EUA) from the FDA if they wish, and the agency will adjudicate these submissions.
August 19, 2020

The test detects and classifies variants of BRCA1 and BRCA2 genes in whole blood specimens. An application for Lynparza, which is a poly (ADP-ribose) polymerase inhibitor marketed by AstraZeneca and Merck, in the second-line treatment of metastatic castration-resistant prostate cancer (mCRPC) with suspected deleterious germline or somatic gene mutations has been accepted by the FDA. The filing has priority review with the agency, and a user fee date has been set for the second quarter.
January 20, 2020

The rule, which aims to improve the agency's efficiency, was issued on December 13. The administration plans to publish a revised "eCopy Program for Medical Device Submissions: Guidance for Industry and Food and Drug Administration Staff," which will reflect the amendments to the regulations.
December 12, 2019

The agency's Center for Devices and Radiological Health (CDRH) released its list of planned new guidance documents, with some prioritized for next year, along with a request for input on whether certain older guidance documents should be changed or withdrawn.
October 13, 2019

ACLA President Julie Khani spelled out the association's concerns and requested a meeting in a September 18 letter to FDA Acting Commissioner Dr. Ned Sharpless; Dr. Jeffrey Shuren, director of the Center for Devices and Radiological Health; and Dr. Timothy Stenzel, PhD, director of the Office of In Vitro Diagnostics and Radiological Health.
September 18, 2019
Page 1 of 2
Next Page